What lessons will Australia learn from the tour of Sri Lanka?

With the drawn Sri Lanka series behind them, Australia don’t have long to wait until they’re back on the sub-continent, and there are serious deficiencies to fix before heading to India in February 2023.

A disastrous second innings collapse by the Australian side on the fourth day of the second Test in Galle saw a struggling Sri Lankan team win the match by an innings and 39 runs, leaving the series tied at one Test apiece.

The series highlighted a couple of issues for the Australians before the tour of India in seven months’ time.

Who should replace fading Warner?

To start at the top of the order, David Warner’s performances in the subcontinent have been well below par. With a measly average of just 25.22 in Sri Lanka and 24.25 in India, the 35-year-old opening batsman provides the first of many headaches for Andrew McDonald and his team of selectors.

Warner has struggled away from home conditions in recent years, highlighted by a total of 64 runs from his four innings on the recent tour of Sri Lanka. 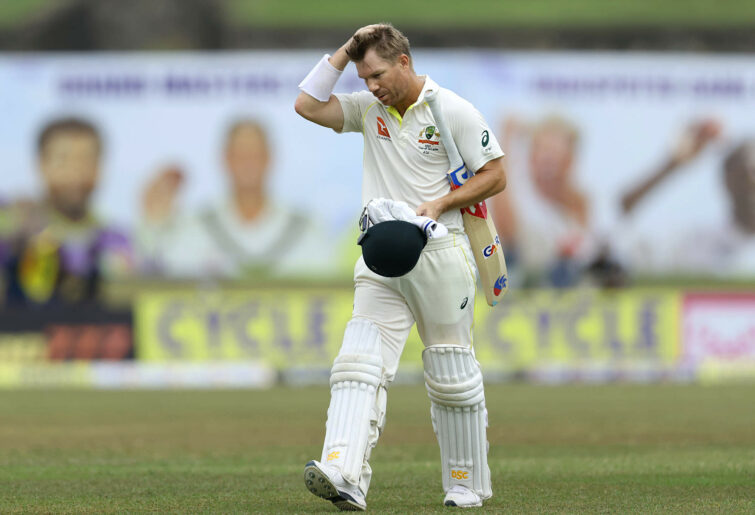 A possible alternative to the ageing New South Welshman is the young Queensland opener, Bryce Street.

It was a breakthrough season from the 24-year-old, which saw him take the place of the Test-capped Matthew Renshaw at the top of the order in the Sheffield Shield.

In December 2021, Street earned selection for Australia A against the English Lions when he scored an unbeaten 119 at Ian Healy Oval. Street’s defensive style of play could also be a crucial asset to the Australian side that has had issues at the top of the order away from home for some time.

Henry Hunt can also be seen as a replacement for Warner for the tour of India next year. Hunt, 25, also made a breakthrough in his respective Sheffield Shield side, captaining South Australia in the absence of Travis Head and Alex Carey.

Does Australia need a third spinner?

Travis Head also failed to impress in the Sri Lankan series, leaving many doubting whether the middle-order batsman is of a good enough standard to perform in India.

Scoring a paltry 23 runs in three bats, Head was dismissed each time to spin bowling, a possible technical problem that will become exacerbated when facing the likes of Ravindra Jadeja and Ravichandran Ashwin in turning conditions.

The low, dry pitches of the subcontinent and the positive emergence of young all-rounder Cameron Green means that Australia might be able to successfully employ a spin-bowling all-rounder such as Glenn Maxwell in the place of a specialist batsman.

Although Maxwell didn’t make an appearance in the two matches in Sri Lanka, the Victorian was included in the touring squad and captain Pat Cummins was highly complimentary of the all-rounder’s skill with the bat in the lead-up to the second Test.

Maxwell is adept at facing spin and his foot movement and ability to hit the ball 360 degrees would be of great benefit to the Australian middle order. The Victorian has already shown that he can score runs in India, where in 2017 he scored his maiden Test century.

While Maxwell is a part-timer, the 33-year-old bowled 45 overs in five matches in the one-day series against Sri Lanka in the lead-up to the Test series and will be able to provide crucial spells for the Australian side if called upon next year.

Maxwell’s inclusion would seriously bolster both Australia’s batting and bowling stocks should he be selected next year.

Queenslander Matthew Kuhnemann may also be on the selectors’ radar to earn his baggy green in the lead-up to the Indian tour, with the left-arm orthodox bowler making his International debut in the one-day games in Sri Lanka.

Kuhnemann, who deputised for Mitch Swepson for much of the 2021-22 Shield season, took plenty of wickets for Queensland last summer and is considered by many to be Australia’s third best spinner.

The left-armer will also offer a different angle of attack from the two right-armers, Swepson and Nathan Lyon, which would give Cummins more options against a strong Indian batting line-up.

Whatever decisions will or will not be made by McDonald and his selectors, the upcoming series against the West Indies and South Africa in the Australian summer will likely play on their minds when selecting their squads for the subcontinental tour.

However, if we have learnt one thing from the disappointment in Sri Lanka it is that it is highly doubtful that the form from the previous summer of cricket will translate to the tour of India. Australia will have to rely on the depth of players from Sheffield Shield cricket to finally find success in the subcontinent.