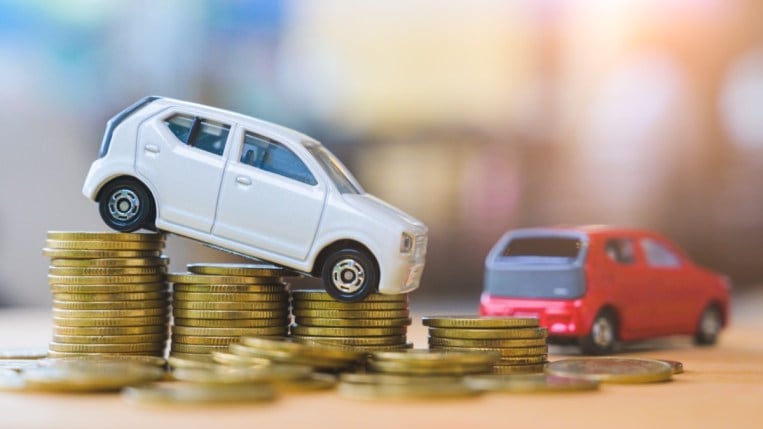 Earlier this year, the Fed raised interest rates three times in three months. It had little effect on car shoppers.

In fact, says Cox Automotive Chief Economist Jonathan Smoke, there’s some danger the Fed is moving too quickly. “The problem may soon be that they are not taking time to see the impact of their moves before doubling down,” Smoke says.

The Board of Governors of the U.S. Federal Reserve System, commonly called the Fed, sets the interest rate banks pay to borrow money from one another. That change filters through much of the economy, as banks must charge higher rates on home loans, car loans, and credit cards to remain profitable.

That increases the cost of borrowing for everyone.

The Fed’s moves earlier in 2022, however, had limited effect on car shoppers. The average new car price has risen to record levels not because borrowing was easy but because the supply of new cars was lower than demand.

A global microchip shortage – still causing automakers to trim production targets this week – has left so few cars on dealership lots that prices kept rising even when the cost of borrowing went up.

But new car sales aren’t the first part of the auto market impacted. Smoke explains, “It is the used market that is the canary in the coal mine.”

New cars could remain in short supply even as the Fed raises the rate. Wealthier, higher-credit-quality buyers could also fund the shift toward electric vehicles, which will remain more expensive than gas-powered vehicles at least until the industry achieves economies of scale.

“With prices at record highs and rates heading higher, the new-vehicle market will behave like a de facto luxury market for the foreseeable future,” Smoke says.

That leaves buyers with less-than-perfect credit and those with jobs more readily impacted by economic shifts for the used market.

Used Prices Will Fall but Rates Will Climb

There, Smoke notes, prices are already coming down. Wholesale prices are down more than 10% over the past 100 days. “Retail prices have not decreased as much as wholesale, but they likely will this fall,” Smoke says.

It won’t help buyers, though, if they can’t access credit. “Credit is still available, but it is flowing to a smaller portion of the population, which means demand is shrinking. The consumer has limited ability to get a payment they can afford as they cannot adjust the remaining variables enough to keep payments within reach,” Smoke explains.

Shoppers are left debating whether to try to buy quickly before the further rate hikes the Fed has promised put payments out of reach or wait for prices to come down. It’s “an impossible choice,” Smoke says. “The market is in for a payment affordability reset, and affordability will get worse before it can get better.”

Even new car buyers may be impacted eventually, Smoke says. The Fed’s plans for further rate increases this year could trigger a recession in 2023. That could reduce demand for new cars, leading to discounts. “If that does happen, the Fed will claim victory over inflation in all parts of” the auto market.

He adds, “The Fed cannot directly influence inflation in the auto market without doing damage to the industry.” The board, he says, “wants to see less credit flowing as a key part of their plan to induce pain, and they are getting what they want.”

The housing and auto markets together make up more than 20% of the U.S. economy, Smoke notes. They’re also the parts of the economy most dependent on credit. “We are in for a period of adjustment as consumers deal with interest rates not seen since 2007. And for those with less-than-perfect credit, financing big-ticket purchases is becoming impossible,” he says.

The Benefits Of Endpoint Security