Where have all our flyhalves gone? The lost generation and why Bernard Foley can successfully fill the void

Nothing puts the microscope on a country’s rugby systems quite like a dire Test loss and the recall of a veteran flyhalf from left field.

In a blink, we are debating the haphazard production line of No.10s in this country and how the Wallabies are going to step up against the physical might of South Africa in Adelaide on Saturday night.

Second answer first. The Springboks are bringing to Adelaide what they have for every decade they have played the game.

Even hit-and-hope South African sides are very dangerous. This one has the brutally sharpened method of world champions which is the formidable force confronting the Wallabies this weekend.

The Wallabies tamed the Boks on two occasions last season with playmaker Quade Cooper and Samu Kerevi at the core. The victories on the Gold Coast (28-26) and at Brisbane’s Suncorp Stadium (30-17) were both of the highest order.

The Wallabies were clever and organised, put down a game plan and constructed some fine tries on top of the physicality they had to bring. That in a nutshell is why Bernard Foley has been recalled for the Rugby Championship.

There will be plenty in Australia hyperventilating over a single number…32.

Few bothered to even mention that Ireland’s Jonny Sexton turned 37 during his country’s epic takedown of the All Blacks just last month in New Zealand.

Or that there was a cameo role for Springbok Morne Steyn at 37 when he potted those late penalty goals to sink the British and Irish Lions last year.

If age is irrelevant to any position in rugby it’s probably at prop and flyhalf more than anywhere.

What you can’t do at No.10 is rush 200-plus games of top-level experience, composure and game management into a young No.10 in a few weeks.

Foley was out of form rather than suddenly without his skills at the 2019 Rugby World Cup. The seasons since in Japan may have freshened his body, mind and fire for this recall as they did Cooper.

Foley has more than 200 games of rugby behind him at Test, Super Rugby and Japanese professional level. 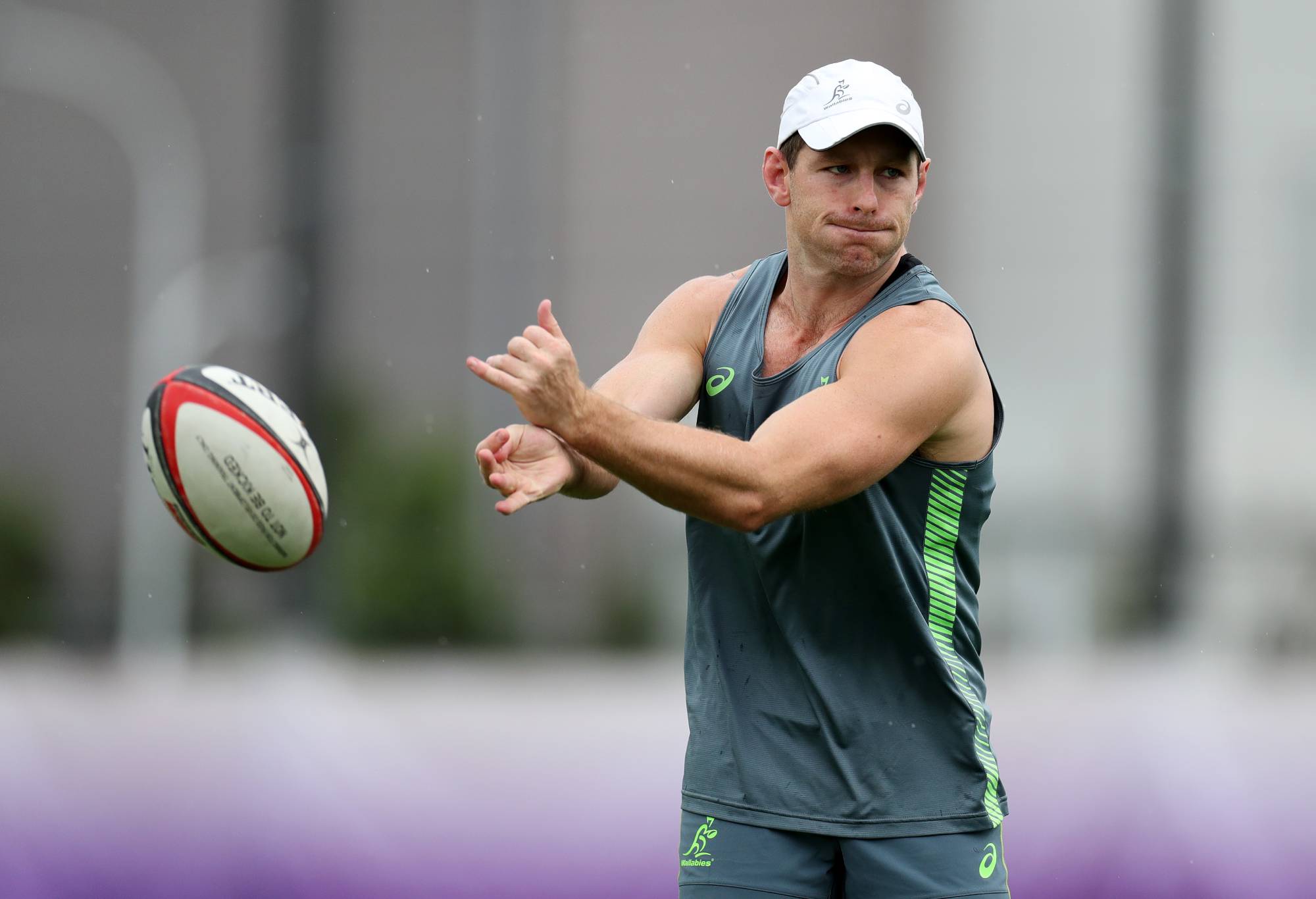 It is this volume of games that is most missing from the education of Australia’s younger flyhalves.

Noah Lolesio is learning. He has plenty still to do but has definitely crammed a good deal of education into his 22-year-old head. His 12 Tests and frontline Super Rugby role since his Brumbies debut in the opening round of 2020 has been the best education possible under Australia’s current rugby structure.

Not the best structure but the current structure.

Over that period, there have been no midweek Wallabies tour games and no provincial games against touring teams, both wonderful learning arenas in amateur rugby and, spasmodically, in the professional era.

Until this season, there was no chance to play Australia A games, a revived tier of value for three games in Fiji and, now, Japan later in the year.

There has been no National Rugby Championship over that 2020-22 period which has stripped out eight or so games a season of learning and game practice for a young No.10. The valuable NRC was to be a casualty of economics and Sydney-centric apathy even before COVID killed it.

There have been no young No.10s sent off-shore to learn in NZ a la backrower Angus Scott-Young using his own nous to head to New Zealand’s NPC last year.

Even our best schoolboy No.10s have their GPS schools in Sydney and Brisbane restricting them to school games only, devoid of club involvement, so they don’t risk an injury. We won’t even mention not playing when it’s too wet because a precious field might be scarred.

There is still a mindset within Australian rugby fans who imagine you can be a readymade Test No.10 at 21 like Mark Ella or Michael Lynagh.

You hear constantly that Ella played only 25 Tests. He played more than 60 times for the Wallabies when you include tour games. There’s the education right there that modern Australian flyhalves miss when they desperately need it.

That’s why it was heartening to see NSW Waratahs No.10 Tane Edmed shift from his Australia A exposure back to his club Eastwood last weekend. And dominate in the 32-26 win over Manly in the Shute Shield finals. Every extra game you play with knockout match repercussions is valuable.

There is a void in Australian rugby. You have Foley, 32, Cooper, 34, Toomua, 32, James O’Connor, 32, and even fill-in No.10 Kurtley Beale, 33, at one end of the flyhalf order. They are a group with overseas club experience as well as Test experience.

What has happened to the generation in between which should have produced a viable Wallaby No.10 option for this week?

At his best, a Jack Debreczeni hinted he might be capable but there were too many other days. Others like Jake McIntyre, Andrew Deegan, Jack McGregor and Nick Jooste have had the launchpad of Australian Under-20s or Australian Schoolboys but Super Rugby has proved their level. So to Duncan Paia’aua, who coach Dave Rennie had a quick look at in camp only.

Hamish Stewart, 24, has proved himself more of an inside centre than No.10, the position he first filled for the Reds in 2017. He has 72 games for Queensland behind him and is now in Western Force colours to play No.10 in 2023.

He tackles like a demon, communicates well, has distance in his right boot when he backs it and is a good reliable passer of the football without silky extras.

Mack Mason is still just 26. He piloted the Junior Wallabies to an upset win over New Zealand Under-20s in 2016. Both the Queensland Reds and NSW Waratahs just couldn’t back him for a big chunk of games. He’s playing nicely in Major League Rugby in the US with the regular game time he never had at home to succeed, fail with learnings and become more composed.

Queenslander Isaac Lucas is still only 23. He headed off shore to Japan to set himself up financially. He has had regular game time at flyhalf for the past few seasons with the Ricoh Black Rams.

He was given a season of grooming at No.10 in the NRC for the now-defunct Brisbane City. Japan has become his classroom. He will return to Australia and make a mark. He has the speed, footwork and developing game awareness to do so.

Playing more rugby is a major part of the solution to Australian rugby’s confusion at No.10 at all levels. The tricky answer is where do you get those minutes because the opportunities almost don’t exist on home soil.

Foley spoke of that value this week: “Time in the saddle to master the craft and steer teams around.”

Cooper’s skill against South Africa last season wasn’t slaying them with his own sword. He lifted the players around him and radiated a calmness so everything could hum better. The same will be asked of Foley.