Which iPhones can get iOS 16? 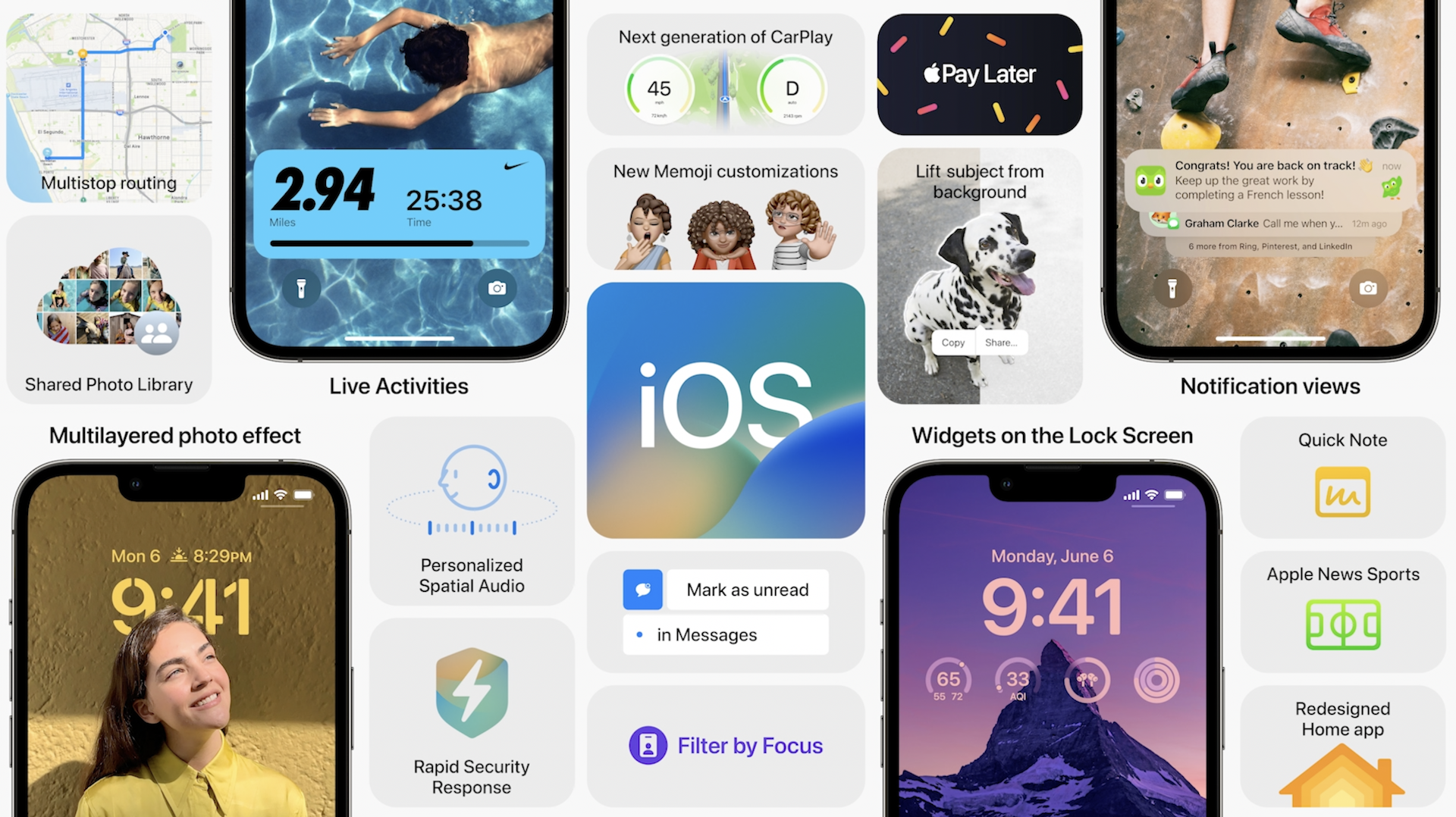 There are numerous new iPhone features coming in iOS 16, but will your iPhone be able to take advantage?

It’s bad news if your iPhone is older than the iPhone 8 – you won’t be able to upgrade your iPhone software to iOS 16.

But even if you have a newer iPhone than the five-year-old iPhone 8 you still may not get the full iOS 16 experience.

Apple noted in the iOS 16 press release that: “New software features will be available this fall as a free software update for iPhone 8 and later.”

The following iPhones can get iOS 16:

This means that the following phones, that were supported by iOS 15, have now fallen off the list:

While you might not mind if your iPhone cannot run the latest iOS you should keep in mind that Apple only provides security updates for the past three versions of iOS. This means that Apple will stop support for those three handsets in the next couple of years. The iPhone 6 models and older are already not supported by Apple, which means users could be vulnerable to hacking. See: How long does Apple support iPhones?

Features that won’t be available at launch

There are always a number of features that Apple announced but don’t make it to the September launch day. So far we know that one feature in particular won’t be available until later:

It will (eventually) be possible view activities happening in real time via the Lock Screen. So you could see the results of a game, or get an idea of when your takeaway will be delivered without unlocking your iPhone.

This is a new smart home connectivity standard, which will hopefully mean more choice for those looking for connected products to install around the home. It’s also coming later.

Which iOS 16 features can I get?

Even if your iPhone can run iOS 16 you won’t necessarily get all the features that come with it.

A couple of elements of the iOS 16 experience will work on newer handsets only.

One of the new dictation features will be the ability to insert an emoji with your voice. This feature requires an iPhone with A12 Bionic and later, which includes the iPhone XS, XS Max, XR and newer. There are also language limitations.

You’ll be able to lift a subject from the background in images as long as your iPhone has a A12 Bionic or later (iPhone XS, XS Max, XR and newer).

You’ll be able to pause a video and copy, translate, look up text or dial a phone number – as long as your iPhone has a A12 Bionic or later (iPhone XS, XS Max, XR and newer).

You’ll be able to turn audio into text making it easier to follow along. This accessibility feature is only available on iPhone 11 and later though.

These features require the LiDAR scanner which is only available on the iPhone 12 Pro and later.

Bad news, then, for owners of older handsets. But cheer up: you can always use this as an excuse to buy a new iPhone. and if you want to do that be sure to check out our Best iPhone deals round up.