Australia’s loss in the second Test against Sri Lanka this week already has the pundits looking for answers before the Test tour of India in February next year.

But let’s hope that one of those solutions thrown up, in regards to the use of Glenn Maxwell, this week is not one that will be considered at that time.

There is already an understandable conversation happening in regards to Australia’s assault on India early next year, in the same way as there will be on Australia’s assault on England in 12 months’ time. And both will require completely different strategies – and probably players – if success is to come in those series.

One of the selection solutions that almost occurred in the just-completed Test match was to look to select Maxwell to replace Mitchell Starc as a third spinning option and to bat at number 8 in the order. To me, that was beyond ridiculous, though in some circles it was seen as ‘thinking outside of the box’.

There are several reasons why I feel this way.

Firstly, Maxwell hasn’t played a first-class match against the red ball since 2019. No matter what his form is like in white-ball cricket at international and domestic level, does that make him the right person to step into the cauldron of Test cricket?

Secondly, his bowling is only very part-time, of which Australia already had several similar options in the team, such as Travis Head, Marnus Labuschagne and Steve Smith. Surely if a third spin option was deemed as required, it had to be a specialist spin bowler chosen.

Thirdly, it demeans his ability with the bat to put him in the Test team at number eight if he is going to be chosen at all. He scored a century in India in the top six, which is why his name keeps popping up for selection on the sub-continent; so how can batting him at eight seem like a good option? 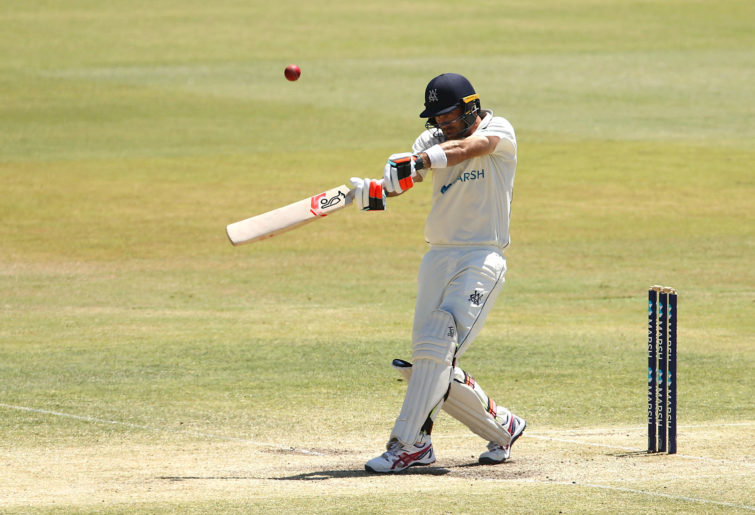 Glenn Maxwell of Victoria bats during day four of the Sheffield Shield match between Western Australia and Victoria at the WACA on October 21, 2019 in Perth, Australia. (Photo by Paul Kane/Getty Images)

In regards to this selection thought process that Australia was apparently considering, have a look at the way India has gone in Test cricket in recent times. Wicketkeeper Rishabh Pant bats at five or six, ‘all-rounder’ Ravindra Jadeja bats at seven, and then they pick four fast bowlers.

At home on their own pitches, they will play Ravichandran Ashwin at eight, and probably another specialist spinner as well, perhaps Axar Patel; and then two pace bowlers. India has effectively pushed a batsman out and trusted those chosen to score enough runs, while giving the team plenty of bowling options.

Australia was looking to go in the opposite direction, to stack their batting and hope the part-time bowlers helped out the couple of specialists chosen. Even if Maxwell had played, it would not have helped Australia much in that second innings with the bat – and Sri Lanka might have scored even more than the 554 runs they piled on in the first innings.

I’m not suggesting Australia should necessarily go down the route India is taking, but I am suggesting that India’s strategy shows a lot more promise than what Australia was considering.

From my point of view, hopefully the Glenn Maxwell option should now be immediately filed in the ‘not to be considered again’ file when we start to think about that upcoming India series – as a number eight, at least.

‘Bevoball’ is no longer cutting the mustard out west

Inside the Buffalo supermarket reopening after the mass shooting