Will Skelton ‘hurt’ to miss out on Test series

Will Skelton says he hasn’t heard from Wallabies coach Dave Rennie since just after the Spring Tour, and is disappointed he won’t be facing England in the three-Test series next month even though he saw the decision coming.

Skelton has been in eye-catching form in French and European rugby for La Rochelle, and will be lining up at lock for Barbarians against the English on Sunday in the farewell match before Eddie Jones brings the old enemy down under.

Eligibility rules means Skelton won’t be involved. Rennie was restricted to three overseas based players and opted for the Japan-based trio of Quade Cooper, Samu Kerevi and Marika Koroibete.

“It’s something I always look forward to,” Skelton said of playing for the Wallabies on the RugbyPass Offload podcast. 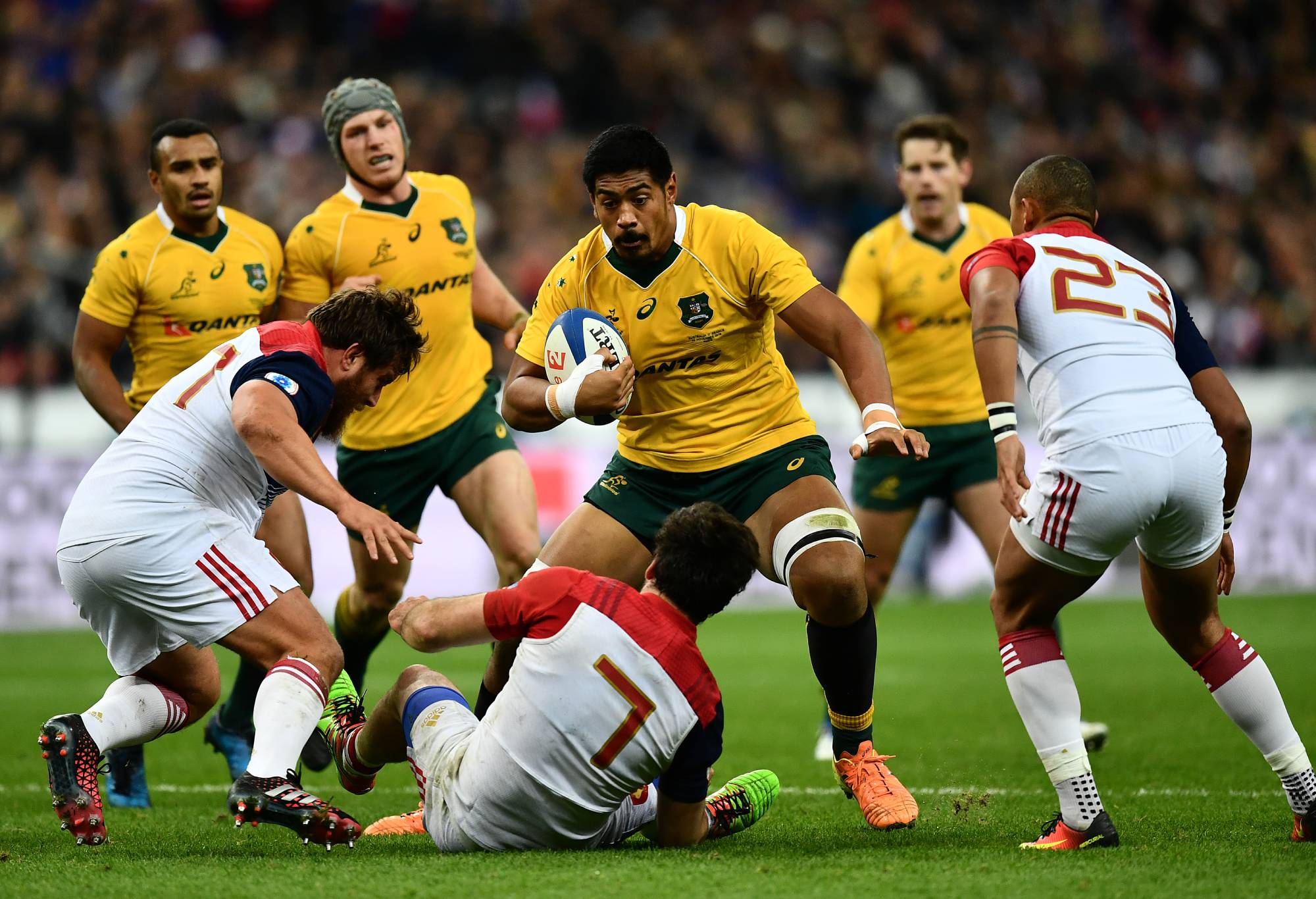 “In my head I had an inkling that they’d pick those Japanese boys – the season’s aligned with Super Rugby and the Japanese league and with us having such a long season I know from the chats that we had in November they were almost not going to pick us.

“It hurts not to be selected but that’s life and it’s nothing you can control.”

Skelton was also quizzed about his time playing for former Wallabies coach Michael Cheika and revealed a classic piece of motivation from the 2014 Super Rugby final when Skelton was at the Tahs under the coach.

“He was great,” Skelton said. “If I played well the week before and it was a big game and he put me me on the bench he’d come up to me and go ‘mate it’s just a gut feel.’ I literally can’t argue with you there. I can’t question your gut.

“I think coaches nowadays almost pick apart your game, and that’s something I did admire about Cheik is he was straight up.”

Skelton added: “He always had some crazy , pre-match motivational speeches. Before our final in 2014 it was really cool. He got a bag of golf clubs with all our names on them.

“He handed one to each player and the theme behind it was to just let the club go, just to release. Straight away we took golf swings and literally let the clubs go, we were smashing the clubs. The whole change room at ANZ there were pieces of golf clubs everywhere.”

Wallabies No.8 Harry Wilson joins Brett McKay and Harry Jones to talk selection for the England series on this week’s podcast

Cook Cup to be renamed

Wallabies legend Mark Ella will honoured as the Cook Cup – the trophy contested between Australia and England – is to be renamed ahead of the first Test in Perth.

The Sydney Morning Herald reports that the trophy will be renamed the Ella-Mobbs trophy, also named after English war hero Edgar Mobbs.

The Herald says Rugby Australia and the RFU have agreed to retire the 25-year-old crystal trophy named after Captain James Cook, who it says has become a divisive figure in Austrlaian cociety.

The trophy will be unveiled on the Friday before the first Test in Perth, in time for NAIDOC week, which begins two days after the game on July 4.

Mobbs was an England winger killed in battle in France in 1917.

Maori All Black head coach Clayton McMillan says TJ Perenara and Brad Weber are disappointed to have missed out on Ian Foster’s All Blacks squad but are ready to show their leadership in his team.

The pair will get to face Ireland for the Maori team, having been left out of the full squad in the toughest selection battle faced by Foster this week.

It will be the first time for Perenara in the Maori All Blacks. Weber has represented the team seven times.

“Naturally disappointed, which is to be expected, but also highly-motivated and excited about the opportunity to put the Maori jersey on. Brad has been here before,” McMillan said.

“This can hopefully be a platform for them to showcase that they’ve still got what’s required at the highest level.

“They’re both yappy, and I’m sure they’ll both want to start, but we haven’t thought that far ahead.” 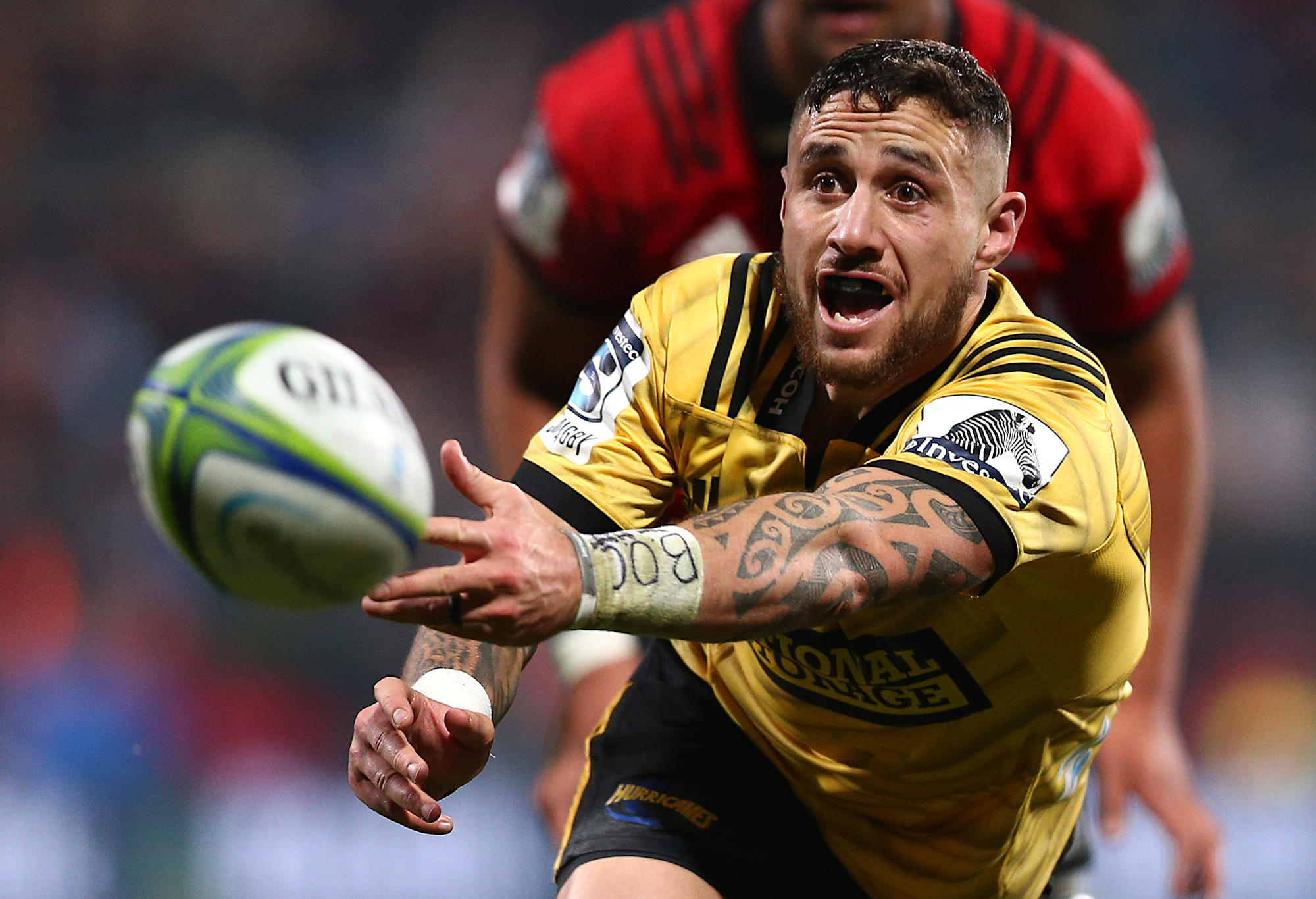 Perenara shared a message with his social media followers, posting an imagine of a black screen with the text BRB (be right back).

The Irish have lined up three tests against the All Blacks and two games against New Zealand Maori.

Coach Andy Farrell said the tour will provide the “ultimate” test and serve as vital preparation for next year’s World Cup.

Ireland have impressed for much of the past 18 months, winning 12 of their last 13 fixtures, including a pulsating defeat of Ian Foster’s Kiwis in Dublin in the autumn.

Yet many of Farrell’s squad are yet to experience international rugby outside Europe after the coronavirus pandemic forced the cancellation of a 2020 trip to Australia and last year’s proposed visit to Fiji.

“Any good performance that you’ve seen over the last two years, we need to be better than that,” Farrell said of the upcoming trip.

“It’s different over there and that’s why touring for these lads is some important. We’ve missed it.

“We’ve lads on 20-plus caps who’ve never toured. Walking around Auckland or Wellington or Dunedin, it’s not like walking down Ballsbridge (area of Dublin which is home to the Aviva Stadium) and people winding the window down and saying how good you are.

“This is completely different; this is proper international rugby that doesn’t get any better and it’s exactly what we want at this moment in time.

“We’re so excited about taking this squad to probably the hardest place in world rugby to go to and finding out about ourselves.

“This is the ultimate, isn’t it? We’re talking about building towards a World Cup and what you want to do in those type of circumstances is test yourself against the best.”

Ireland will play Test matches on July 2, 9 and 16 in Auckland, Dunedin and Wellington respectively, with midweek clashes against the Maori All Blacks scheduled for June 29 and July 12.

The uncapped players in the 40-man squad are Leinster No.8 Joe McCarthy, centre Ciaran Frawley and outside back Jimmy O’Brien, Munster prop Jeremy Loughman, and Connacht flanker Cian Prendergast.

Healy, O’Mahony and Sexton were also in New Zealand for the Lions in the drawn series in 2017, along with Tadhg Furlong, Iain Henderson and Robbie Henshaw.

Not considered because of injury were hooker Ronan Kelleher and backs Chris Farrell, Robert Baloucoune and Andrew Conway.

Ireland have beaten the All Blacks three times, but never in New Zealand.

Biggest area of concern for ABs

All Blacks assistant coach John Plumtree believes rivals have lifted their games physically and the Kiwis need to step up another level this year.

“That’s our job, we’ve got to be able to get across the advantage line and consistently build pressure,” he said.

Plumtree said selectors believed No.8 Pita Gus Sowakula could help them make an impact in that area.

“He’s an experienced campaigner, he’s been around for a little bit, but I think this year, more particularly, we’ve seen him play more consistently,” said Plumtree.

“At the start of Super Rugby he was unbelievable. We’ve loved what he can bring to a game through his power.

“In international rugby momentum is hard to find, especially when defence is so flat. Pita Gus is one guy who can certainly dent a d-line, so we’re pretty happy with him.”

Danny Care has been told by England that he could figure in their plans for next year’s World Cup if he makes the most of his international comeback.

Care is hoping to play a role in Sunday’s fixture against the Barbarians at Twickenham after earning a surprise recall by Eddie Jones nearly four years after winning the last of his 84 caps.

Although a star of the Gallagher Premiership over the last two seasons through his influence as one of Harlequins’ main attacking threats, Care will be 36 by the time the World Cup is staged in 2023.

Forwards coach Richard Cockerill insists, however, that he will “definitely” be in Jones’ selection thoughts if he proves himself, with the non-cap international against the Barbarians and next month’s tour to Australia his immediate targets.

“If Danny’s playing well enough and he’s playing better than anybody else, whether they’re young or old, then he’ll come into contention,” Cockerill said.

“World Cups are about having that balance – having enough caps of experience to be able to control and manage the pressure, but also having those young guys who are so hungry.

“We need that balance in our group. I don’t think age will be a barrier, whether young or old. Guys will be picked on how well they’re playing.

“Danny is a competitor and wants to compete. He wouldn’t be here if he didn’t have that focus to go to the World Cup.

“He’s in great physical condition, even as a senior member of the squad. I’d say he’s very keen to compete for a spot.”

Care’s England career appeared to be over after being discarded by Jones in the wake of a 35-15 victory against Japan in November 2018.

But he has been at the heart of Harlequins’ revival over the past two seasons, forging a devastating half-back partnership with Marcus Smith that has thrilled audiences across the country.

“Danny’s been on great form for a little while now. He’s full of energy and life. He’s a good character and clearly a very good player, so he’s adding on and off the field,” Cockerill said.

“Danny has always been part of a selection conversation and Eddie thinks it’s the right time to bring him back into the fold to help the group.”