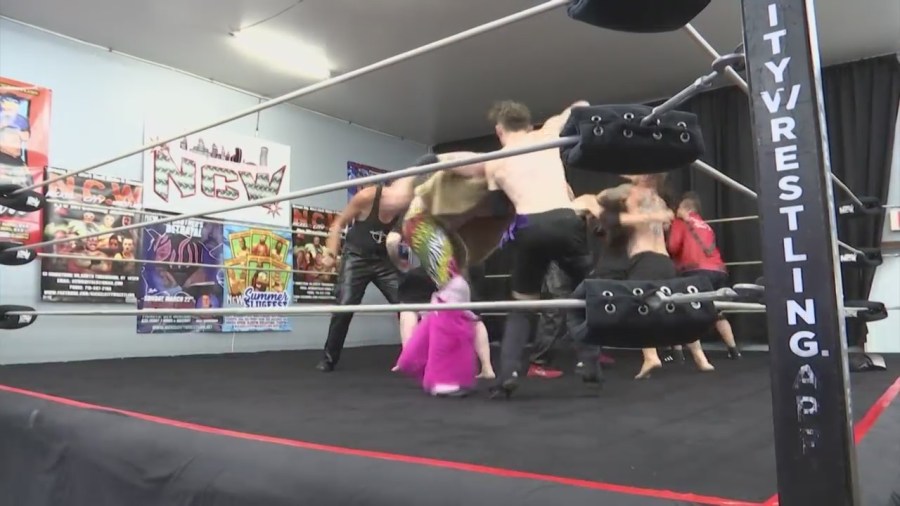 NIAGARA FALLS N.Y. (WIVB) — A local wrestling group is teaching people much more than how to takedown an opponent. The wrestlers are also learning life lessons off the mat.

Ryan Zygmont is a wrestler with special needs at Nickel City Wrestling in Niagara Falls. They’re training for their next matchup, next weekend.

“It’s like my second family and I like wrestling because it’s my dream come true,” Zygmont said.

It’s with the encouragement and support of his fellow wrestlers at NCW that Zygmont has a title to defend.

“I feel proud, I’ve worked really hard,” he said. “I’m proud to be the thriller, nobody can not beat the thriller.”

Steve Stroh opened Nickel City Wrestling in 2020. He says his students are more like family.


Local family connects with grandmother in Ukraine, through Buffalo Gives

“We accept anyone with open arms and we create a family atmosphere,” Stroh said. “We teach them not only how to wrestle, but to, life, in general. To have a support system to pursue dreams, they may not have had the opportunity if it wasn’t for this place.”

“I didn’t really expect to have as much family within the business as it came, once I started with NCW,” wrestler Steven Stroh Jr. said. “I didn’t expect the teamwork and leadership that you would have to bring to the table, you can’t be a single founded person, you have to work with the rest of your teammates.”

The wrestlers also learn how to perform in front of an audience and how the industry works.

“You got to know how to protect yourself and protect the person that you’re in the ring with and so you also have to create a story that’s intriguing to an audience,” Stroh said. “But again it’s more along the lines of these guys becoming real life superheroes and having something for the children of the next generation to look forward to and grow from.”

You can catch these wrestlers in the ring at their next show on August 28 in the Eastern Hills Mall.